As the ILOA looks upward to the stars and forward to the future we ask for your participation and guidance in helping to achieve the highest standards of excellence in Hawaii education, enterprise and exploration.

Thanks for joining us for this Galaxy Forum on the ‘ILOA Moon Missions & Hawaii Culture and Exploration in the 21st Century’ at Canada-France-Hawaii Telescope Headquarters in Waimea.

Exciting overview of the current progress of Hawaii-based International Lunar Observatory Association science and education missions to the Moon: ILO-1 to the Moon South Pole NET2014, ILO-X with GLXP Team Moon Express in 2014, ILOA-NAOC collaboration on the China Chang’e-3 in 2013, and leading the call for innovative independent Human ventures to the Moon in the near future.

Kimo Pihana, Hawaii Kapuna and Cultural Practitioner: Traditional Blessing and Talk on Hawaii Culture and Exploration in the 21st Century ILOA has succeeded in coordinating Galaxy Forum Japan 2012 as part of the major national science festival called Science Agora at Miraikan. Held annually since 2006, Science Agora has continued to be one of the leading science communication events in Japan. Last year the event hosted 194 programs offered by 183 organizing parties; there were roughly 1,700 exhibitors serving more than 5,000 visitors during the three days. Galaxy Forum Kansas is organized by the Ad Astra Kansas Foundation in collaboration with Space Age Publishing Company and the ILOA. AAKF is a non-profit organization focused on promoting science in Kansas, especially the space sciences. The Foundation and its members act as an information resource focusing on high-tech and space research in the state of Kansas and is an affiliate of the Kansas Space Grant Consortium. The Kansas state motto established in 1861, Ad Astra Per Aspera (To The Stars Through Difficulties), has been a source of strength and guidance for almost 150 years and continues to inspire 21st Century Education and scientific achievement.

FREE and Open to Teachers, Astronomers of all kinds, Students and the Public. SPACE is LIMITED. To reserve seats send name and number attending to: info@adastra-ks.org. Teachers can correlate with State Science Standards. Galaxy Forum USA 2012: Galaxy Education, Exploration and Enterprise celebrates USA Independence Day with a return to The Tech Museum of Innovation in San Jose, California. ILOA Galaxy Forums are free public events designed as flexible and responsive solutions to advance 21st century Education. Luminaries of science, education and commerce present with educators, astronomers, students and interested community members in attendance. Interactive panel discussions follow and efforts are made to integrate local perspectives and traditional knowledge. The Tech is an ideal venue for this type of 21st Century Galaxy event and we welcome an exceptional array of participants, including: 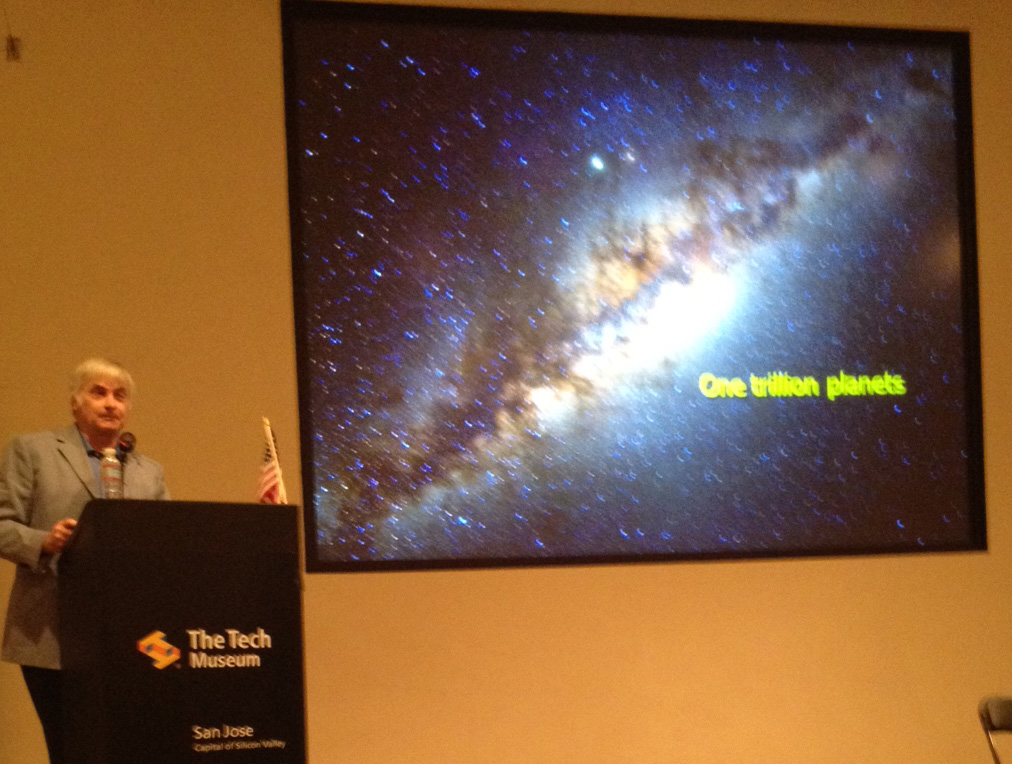 Galaxy Forum 2012 lifts off with a return to the Astronaut Ellison S. Onizuka Space Center (OSC), the venue of our first ever Galaxy Forum Hawaii in 2009. As the ILOA looks upward to the stars and forward to the future we invite your help in spreading the message of education on the Island. Hawaii cultural practitioner Koa Rice references the global preeminence of Hawaii education during the time of King Kalakaua in reminding our communities that we need to help keiki “realize they can strive and be anything they want to be, following in the footsteps of our ancestors.”

ILOA 2012 Galaxy Poster for 21st Century Education will be distributed free-of-charge to forum participants and associated schools. The poster, intended primarily for classroom use, features a full color Milky Way Galaxy schematic developed from the latest research as well as statistical overviews of Galaxy dimensions and composition.

Interactive Panel Discussions will focus on how to best support teachers / schools / students in their efforts to achieve excellence in Hawaii 21st Century Education.

Nancy Tashima, Space Curator at OSC will present on the educational resources, programs and materials available through OSC to Hawaii teachers, schools and the general public.

Native-Hawaiians have for many centuries used Astronomy for navigation, story-telling, time-keeping, and education. Now, with the ideal location and environment atop Mauna Kea, Hawaii is home to a number of significant world-class astronomical observatories. The next step for Hawaii includes ambitious locally rooted interglobal efforts towards human and robotic space exploration. The ILOA is working on 3 missions to the Moon. The primary ILO-1 Mission, planned for as early as 2014, will establish a full-scale multifunctional observation / communication instrument on the surface of the lunar south pole and act as a permanent toe-hold for human development. The ILO-X Mission, is a precursor proof-of-concept mission that is currently in Flight Certification Design phase and may fly aboard the Moon Express bid to win the Google Lunar X Prize. Also the State of Hawaii program PISCES is working towards an International Lunar Research Park (ILRP), and aims to provide a state-of-the-art lunar analog testing site here on Hawaii for the next generation of exploration technologies.